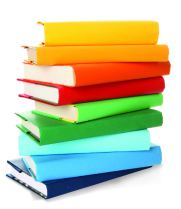 I love words. (Oh rilly, Pam? We wouldn’t have guessed.)  They are the best toy in the world, silly putty with sound and ideas. That’s not to say that I don’t also love me some spell check.

So when I found the Oxford Dictionaries Spelling Challenge, I was all over it. I’m competitive as all get out on some things, so when I learned to play the game on the “Tricky” level, I was miffed to miss two words. When it gave me corrections, I realized I had heard something the game hadn’t said. Missed two on “Difficult” and was provoked, because those were flat out errors. Didn’t keep me from moving on to “Fiendish.”

It’s fiendish all right. My scores there were all over the map, and a few rounds don’t bear discussion, although I finally stopped after a round where I discovered that I could no longer see the difference between m and n.