Ripping the Headlines, a Guest Post from Eden Winters

These are headlines that could very well have come from my latest novel, Diversion… but they didn’t. They came from newspapers across the US.

A few years ago I saw author advice that suggested gleaning newspapers for story ideas. While I didn’t actually go looking, the ideas came anyway. All it took was a few trade magazines to get me started, and a genuine curiosity took over, sending me to fascinating website after fascinating website, absorbing details. And that’s how Diversion was born; all these facts and figures about pharmaceutical diversions gathered together in my head, then teamed up and demanded to be let out. Google Pharmacist Recovery Network, or Prescription Drug Abuse, and you’ll find multiple entries.

Instead of embellishing the facts, I found myself toning them down for fear that no one would believe someone could steal a truck loaded with drugs in two and a half minutes (like in the news). It’s five minutes in my story, but actual hijackers might laugh at that dismal time.

Some folks I’ve talked to had no idea all this was going on, but indeed, pharmaceutical drug diversion is a growing, rampant problem, as are internet drug store scams and counterfeits getting into US pharmacies. 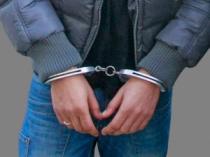 That’s where my characters come in. Richmond “Lucky” Lucklighter, once part of the problem, is now working on a solution. Busted for trafficking, he traded the last few years of his sentence to work for the good guys, teaching them the tricks of the trade. Somewhere along the line, however, the die-hard felon grows a conscience and actually cares about his job. However, there’s one little catch: Lucky’s an unapologetic ass.

Lucky is determined to torment the Newbie, but the mask of contempt he wears fades in the face of Bo’s ability to stand toe to toe with him and still possess a caring heart despite a haunted past.

Several times Lucky has made deals to further his survival, yet in the end, a changed man, he performs a selfless act to save the man he’s come to love. 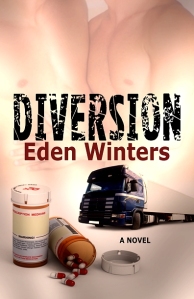 Drug dealers aren’t always on the streets; sometimes they sit in offices and board rooms, selling merchandise in official looking bottles instead of little cellophane bags.

When given a choice between eight more years in prison or using his “expertise” to assist the Southeastern Narcotics Bureau’s Department of Diversion Prevention and Control, convicted drug trafficker Richmond “Lucky” Lucklighter takes the sentence with the illusion of freedom. Cynical and unwilling to admit he’s begun to care about his job, he counts the days until his debt is paid. His sole obstacle to getting his life back is the rookie he’s assigned to train before he leaves; a rookie who quotes pharmacy texts, hasn’t paid his dues, and has the obnoxious tendency of seeing the good in everyone – including the target of their investigation.

Former Marine Bo Schollenberger dreamed of becoming a pharmacist and watched the dream turn into a nightmare of PTSD-fueled prescription drug abuse. Battling his demons daily, he wakes up every morning, wondering, “Will this be the day I give in?” To keep his license, he must now put his skills to use for a diversion control task force, deal with a crude partner with too much attitude and no brain-to-mouth filter, and take down a drug lord who reminds him of his favorite cooking show hostess.

Find it at Amber Allure, Amazon, or All Romance eBooks.

One response to “Ripping the Headlines, a Guest Post from Eden Winters”