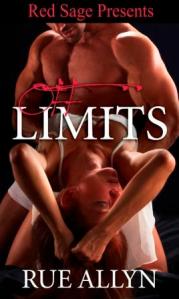 I want to thank PD Singer for having me as a guest at her blog, so I can share with you my thoughts on a topic that concerns all authors and readers.  In one form or another “Where do you get your ideas?” is the most frequent and often the most dreaded question an author gets.  Sometimes we don’t really know how a story concept sprang into being.  However, we never want to disappoint an audience, and being the tale spinners that we are, we have been known to—uhm, er, how should I put this? Oh yes—prevaricate.  Does it shock you that we lie? It shouldn’t.  Telling falsehoods is our bread and butter.  Here’s another shocker.  Sometimes the best idea is one we steal from another author.  Plagiarism and scandal ensue, yes?  Not always, not even usually.

The type of idea stealing I refer to is, in academic circles, called an antecedent (something that comes before).  Modeling one story on another is a time honored story telling tradition.  Shakespeare, Chaucer, Dante almost all the literary greats took inspiration from previous authors—sometimes very literal inspiration.  My erotic romance, Off Limits (Due out April 1, 2012) was inspired by O’Henry’s The Gift of the Magi, one of my all time favorite Christmas stories.  I was tempted not to reveal the inspiring antecedent just to give you something to wonder about.  However I think it’s better to have you curious about how the stories are similar and how they are different.

Some differences are obvious.  Off Limits is definitely not a Christmas story, and Magi does not have the US Navy as a major influence on its characters nor is O’Henry’s tale erotic in any obvious way.  Other differences are not so obvious, and the similarities may not be easily apparent.  They are there, however.  I challenge you to read both and compare then visit my website and let me know what you think.  I will not pretend to be as skilled a tale spinner as O’Henry, but I imagine you’ll enjoy both variations on the theme of sacrifice for love.  Your search engine can help you find information about O’Henry and his stories.  For more information about Off Limits go to the Red Sage and Rue Allyn websites.

He started to peel off his shirt. Time to swim for shore and retrieve the dinghy.

Hank nearly jumped out of his skin. I am not happy to hear her voice. He wiped surprise off his face and turned around. “Lt. Morton.”

“It’s Bethany. We’re out of uniform and off base. So we can be friends. No rank, right?”

Hank blinked at her where she sat, leaning over to secure the dinghy to the buoy. She sure was out of uniform. The hot pink tank suit didn’t look like any Navy issue he’d ever seen. He clenched his teeth and tried not to pant. The suit left very little to the imagination. “Hank,” he said. He reached out his hand and held her stare. “I ’spose we can be friendly, Slugger.”

It was the wrong answer. The UCMJ strictly forbade fraternization between officer and enlisted personnel, but he couldn’t seem to help himself. He knew the Navy would turn a blind eye as long as their relationship stayed off base, off duty, and out of sight.

His mind drifted to that kiss, that one too hot, too short, soul soaring on a wind of need kiss, and his body reacted instantly. The feel of her in his arms, her breasts warm against him, her lips urging him on. How he’d broken away he didn’t know. In that moment she’d become like the sea in his blood. Without the sea he’d wither and die. Without Bethany…? It was way too soon to be thinking like that, besides she was out of his reach both by background and by law.

Unease rocked in his belly. Sneaking around, breaking family rules—Navy rules—was wrong, just wrong. As an officer, Lt. Morton inspired loyalty and adherence to the strictest standard. As a woman…breaking rules to have a woman like Bethany was a man’s duty. How often did a woman like her cross his path? He wasn’t a rule-breaker by nature—he considered himself to be smarter than his gonads—he could get through one afternoon with her. After that, forget it. He’d make sure he never saw her alone again. He swiped his hands over his cutoffs.

“So, how about it? Are we going to take this beauty out for a spin?” She asked.

Something was spinning all right, but Hank knew it wasn’t the beauty with him, woman or boat. “Why not? There’s plenty of daylight left.”

“Great.” She tossed her small duffel onto the cat’s trampoline then leapt lightly aboard. “I’ll stow my gear and start rigging the jib.”

“Sure.” He pulled the mainsail out of the bag he’d just finished stuffing the cloth into. He watched Beth secure her duffel to the mast, while he rigged the mains’l.

Completely at ease, Bethany finished hoisting the jib and tied off the sail’s halyard. Hank moved lightly to the stern of the cat and settled by the tiller. Beth shifted to the bow to slip the bowline from the buoy ring. He watched her cast off then make her way back to the crew station with feline grace.

She teased the jib sheet the way a woman might tease a man with short pull and release strokes that maintained perfect tension while adjusting for changing conditions. She worked as a part of the sail, moving in sync with the wind to hold the boat at top speed.

Every other date, Hank had taken out on the cat—and there hadn’t been that many—had worked hard at sailing, even those who professed to like it. Not this woman.

Bethany played, had fun with every slap of wave. She grinned at the drenching spray. She laughed when a gust picked one hull out of the drink, then let go and dropped her down hard.

The resulting spray soaked her suit highlighting her chill pebbled nipples. Hank’s mouth went dry. The water seemed as much Bethany’s home as Hank’s. He felt a twinge of jealous unease. His two women shouldn’t get along so well.

About Rue: I wrote my first story around the age of five and read my first romance at the age of eight. I’ve been in love with being in love ever since. I’m happily married to my sweetheart of many, many years. We share the home of two cats, who condescend to allow me to feed them and clean their litter box. They occasionally permit me to pet them but demand my love and attention as their right. I am in awe of their feline ability to dominate with half a glance or a mere twitch of tail. I am insatiably curious, an avid reader and traveler. I love to hear from readers about your favorite books and real life adventures. I also love my work. Seriously, what could be more fun than sharing love and adventure with all your friends. That’s what I do when I write and publish a story. I’m delighted you are here to join me in the love of reading and writing.

Thank you, Rue, for some play time with men and ladies! This sounds really interesting! Readers, you can find Off Limits here.

This entry was posted in Guest blogger and tagged guest blogging, Rue Allyn. Bookmark the permalink.

2 responses to “My Dirty (not really) Little Inspiration Secret, from Guest Rue Allyn”