A word on the condom issue 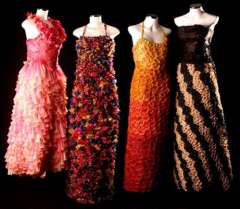 I know, because I have gay friends, gay acquaintances, and read a lot, that condom use and safer sex practices are far from universal. The moment gets away from you, the other guy is so damned hot, you trust what he said about his status, you don’t believe that HIV is a problem, whatever.

Except, it’s not whatever. It’s someone’s life. Many someones.

CDC estimates that approximately 50,000 people in the United States are newly infected with HIV each year. In 2010 (the most recent year that data are available), there were an estimated 47,500 new HIV infections.a Nearly two thirds of these new infections occurred in gay and bisexual men.

I’m old enough to remember when being diagnosed with AIDS meant not starting long novels. I remember friends coughing their way down to 89 lb skeletons. I remember going to funerals for men who should have had many vibrant decades ahead of them.

Yes, we have a whole host of drugs now that we didn’t then. I’m a pharmacist in my other life; I dispense a lot of them. To young, youngish, medium, and older men. I worked for a while in the Infectious Diseases pharmacy at a major hospital. I talked to men older than their years who picked up meds for themselves and their partner, and heard that Partner was fine, but sometimes Partner wasn’t doing so well. I counseled young men on side effects, dosing times, and condom use and saw yeah yeah, lady, save it for someone who cares in their eyes. I saved the condom talk for last because I needed them to still be listening when I explained take this-avir and that-avir together, space other-avir out by an hour, don’t take antacids at all, it deactivates one of them. And finish all the antibiotics, because a case of syphilis that travels to the brain is a bad thing.

And my heart broke a little for the young ones, the ones coming in for the first time, because if someone had given them the condom talk and made it stick back when, maybe they wouldn’t be standing in my window now.

I left the ID Clinic and went back to long term care, which really means nursing homes. I still dispense a lot of HAART (Highly active anti-retroviral therapy), this time to men with HIV encephalopathy. Their brains resemble a good grade of Swiss cheese; they can’t look after themselves. They’re in their forties, fifties and sixties, institutionalized, and instead of spending their time with lovers and friends, they have the psychotic and demented residents to hang out with for the next twenty years. They don’t dance under the flashing lights, or walk their dogs in the park, or paint, or read, or build something, or even maintain much of a conversation. Sure, their condition isn’t progressing, they aren’t crawling with opportunistic infections, but this isn’t a life I would wish on anyone.

A lot of people take their meds, live their lives, which is great; it’s medicine at work, managing a chronic condition that’s been beaten back to the level of aggravating, not threatening. But the meds still govern their lives, telling them to swallow this now, this other in a while, don’t eat this or drink that, it interacts. Don’t go skiing in the mountains without a handful of pills, don’t fly to Paris just because it’s spring unless all those bottles come along, and they’d better be full enough to last the trip.

So yeah, the whole condom issue appeals to women and gets written into a lot of m/m romance. We love our gay friends and family and treasure their well-being; we value our characters and project our concern onto them. We women have all grown up knowing something that not all men understand or want to acknowledge:

There’s stuff in semen that can completely change your life.

25 responses to “A word on the condom issue”